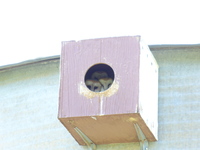 I grew up farming and ranching. This life showed me not only a work ethic, but a whole host of other skills. One has to wear a different hat every day in this occupation. In high school I worked on 3 different ranches. It was educational to see the different ways ranching was approached. During this time I got to rebuild a 1949 TD-6 crawl type tractor (One day I'll get a picture of it here). I welded up corrals and did a ton of other things, it was truly wonderful.

My dad and I built an owl house and put it on top of the windmill tower. It has since been relocated to under the eve of a grainery. We were told it would take 6 month to 2 years to have owls occupy it. Ours was occupied in under 6 weeks after being installed. When the owls would have little ones, we would sit outside in the evening and watch them do flight training. 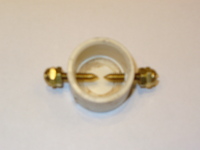 We had problems on the farm with lightning taking out the fence charger. The best way to protect against lightning is a good ground, so our solution is a spark gap. It is hooked up, and the point spacing adjusted so the fence won't short across them. 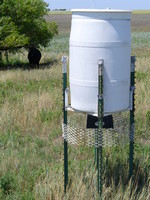 We built a corn feeder out of an old 30 gallon barrel and a cheap corn dispenser. Though it was intended for deer, the pheasant and quail seemed to appreciate it more.